The history of interactive game books – from books to voice apps 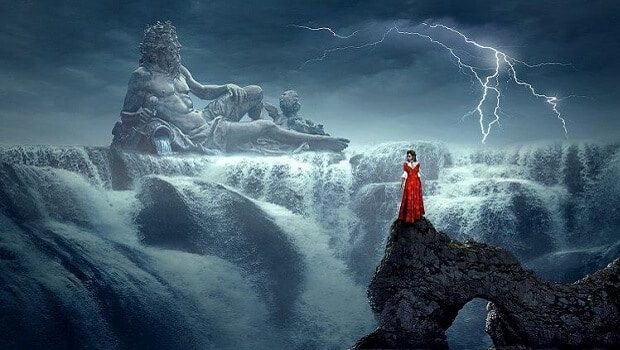 Game books are an exciting thing! But anyone who decides today, for example, either in the car or in bed, to enjoy an interactive audio book and to send the protagonists through colorful worlds with their decisions, certainly gives comparatively little thought to how long it took that they could not only read their favorite stories, but also hear and control them.

Regardless of whether the game book version is based directly on an existing book or whether it has been modified a little in the course of listening comfort:

interactive audio books are ideal for immersing yourself in strange worlds … and doing the house work or taking care of the kids at the same time, for example.

Over time, the adventures have evolved significantly and are now available in numerous variants.

But how did you actually go from playbook to interactive audio book? What caesuras make the books so appealing and to what extent are the different stages of development actually related?

One thing is certain: the story of the interactive stories is certainly more exciting (and varied) than it might seem at first glance.

Anyone who deals with the invention of interactive audio books these days is inevitably also confronted with the so-called playbook. But what exactly is it?

A game book is characterized by the fact that it is divided into different sections. The “task” of the reader or listener is to decide at various points how the main character should proceed.

The story then continues on the basis of the relevant decision. Accordingly, the end of the book is also in his hand. In the worst case, it can even lead the protagonist to death.

The first game book that can be compared with today’s works was published by Raymond Queneau in the early 1960s and was entitled “Un conte à votre façon”.

The trend did not stop and, among other things, made the leap across the “big pond”.

In 1976 Edward Packard published the work “Sugarcane Island” here. Incidentally, it was the same author who started the playbook series Choose Your Own Adventure.

In the course of time – especially at the beginning of the 2000s – the boundaries between books and games became more and more blurred.

The obvious connections to Dungeons & Dragons are particularly well known here. One of the best-known German examples of a mix of playbook and classic game is “Das Schwarze Auge”.

Said overlaps also showed up comparatively quickly in the world of PC games. No wonder!

This is where great stories can be built based on your own decisions. Anyone interested in the relevant games should look around in the “Interactive Fiction” category.

The first PC game of this kind came on the market in the late 1970s and was called “Kadath”.

The games then achieved their absolute breakthrough with “Twine”, a special authoring system that made the creation of game books even easier for “non-PC experts”.

Due to the increased demand, the market was flooded by many more games. Some of them, such as “Mass Effect”, “KotoR” or “Fall Out” have become real classics of the scene.

Of course, the Internet has also changed the way we handle interactive playbooks and the games that go with them. After all, the stories in question can now be easily downloaded and – depending on your preference – enjoyed on the go using the relevant end devices.

The video game developer “Choice of Games” in particular is proving to be one of the classic pioneers. He offers his customers a wide range of games from a wide variety of areas.

Here you can read, guess and decide. Regardless of whether it’s drama or fiction: everyone should get their money’s worth.

The provider “Delight Games” is also active in the field of game books and can boast a considerable number of downloads of more than 10 million.

The player or reader currently has the opportunity to choose between more than 60 different game experiences.

The advantage of the mobile version: with the game books on the smartphone, the action can be continued flexibly.

Regardless of whether you are on the bus or doing sports: all you need is the appropriate app and a stable internet connection.

Game books for smartspeakers, which allow the listener to intervene in the action by voice control, in a certain way represent the end of an impressive development that found its origin in the printed playbook and has increasingly adapted to the needs of the users.

Interactive audio books, including those from Ear Reality, have also played a major role in Germany since 2017.

In connection with Amazon Alexa, Google Assistant and others, a simple voice command is sufficient to send the adventurers on new (or well-known ways).

Equipped with the right skills, game book and interactive audio book fans of all ages will get their money’s worth.

How to Write Interactive Fiction and Interactive Audio Stories – 046 – Coaching for Writers
April 25, 2022